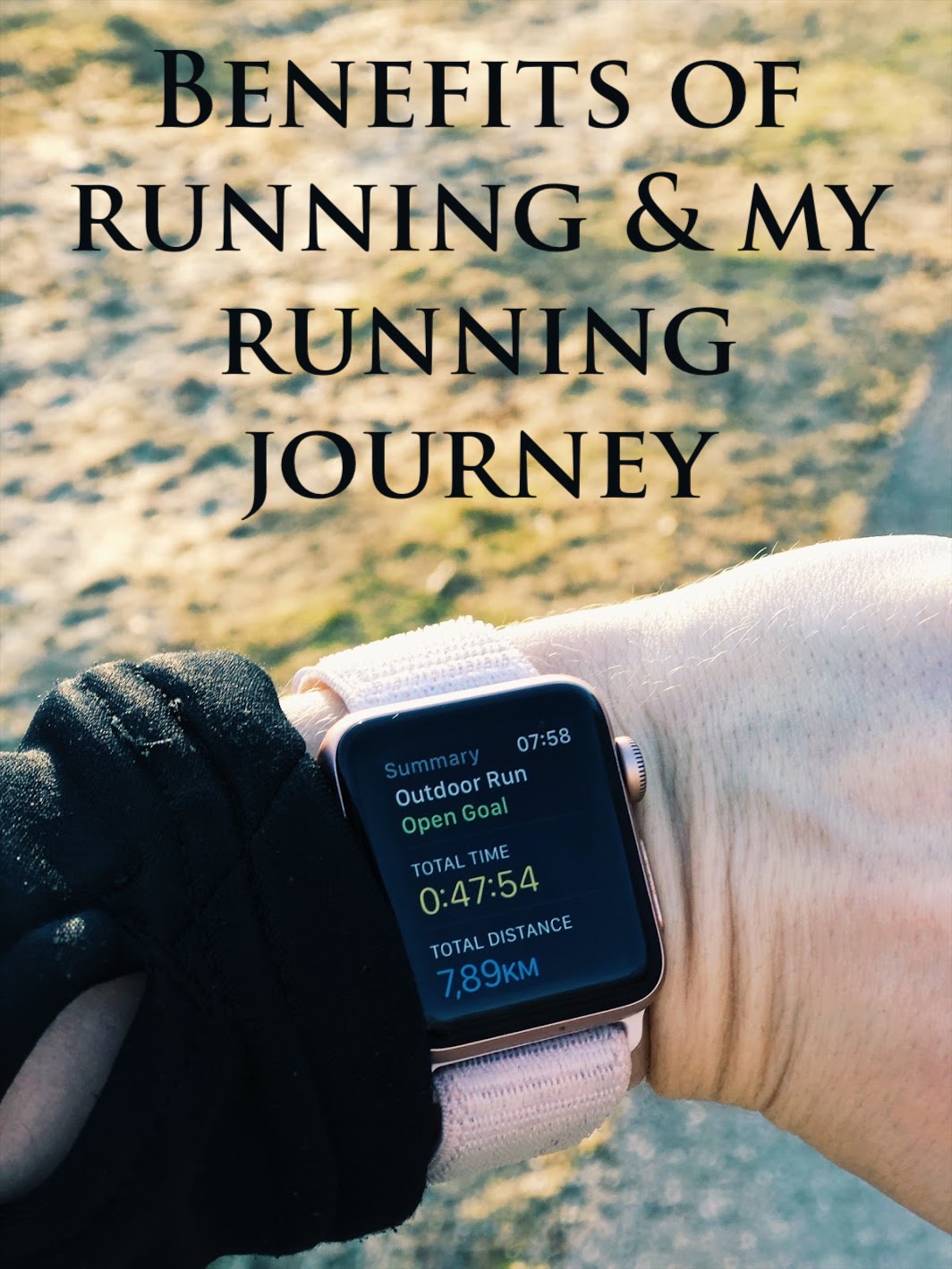 Benefits of running & my running journey

In this post I want to share my experiences with running. Since the days here in Estonia are warmer and sunnier already, I started to go for runs again. I usually start doing it in April, when the weather gets sunny and nice. This is why, I’m doing this running related post for you! From this post you’ll mainly find benefits of running, my journey and some other tips and suggestions.

Why running is beneficial for your health?

Here are some facts I found from Runner’s World, plus my thoughts:

♥ Exercise makes you happier.
This goes with running as well. There have been several researches on how exercising helps to release stress and depression. Some researches have also found that running helps with anxiety, gives you better sleep, helps with your concentration and overall mood.
♥ Running helps to control your weight.
Whether it’s losing or maintaining, running can seriously help you with that.
♥ Running strengthens you.
There are people, who can’t run, because their knees hurt, but there have been studies, which have shown that running can actually strengthen your knees and other joints and bones too.
♥ Regular exercise (including running) is connected to lower risk of getting cancer.
♥ Running keeps you mentally healthy.
Some studies have shown that older people, who have been running, showed better results in mental tests, brain function and memory. So, why not start today, to be fit and healthy when you’re older?
♥ Even minimal activity each week may help with your longer life. Studies have shown that people who exercise live up to 5 years longer.

How I started running?

I remember, when I was younger and we had to run at school, I didn’t really enjoy it. I think it was the mentality that it was obligatory. Everybody had to do it, because you needed to have a grade for that. I ran only, when I had to. My mother used to go running and once or twice she convinced me to go along with her. I think I was maybe 13 years old. We ran like 3 km and I totally hated it. I seriously thought, why would anybody voluntarily do it? But, I guess then I just didn’t know how to run and that’s why I hated it so much.

When I got older and was in high school, I didn’t hate running so much anymore. Then I actually started to enjoy it a little bit, when we had to ran 2-3 km. I didn’t enjoy fast sprints and I don’t like them right now as well. When I went to the university and moved to seaside city, I really thought I would start running all the time. The thought of living on the seaside and combining it with evening runs sounded appealing. But actually, I ended up running maybe a few times and that was it.

I really took up running in 2014. I had been going to group trainings only for 3 years, but I seeked for something else too. If the weather was great, I really wanted to do some exercising outside. That’s when I decided, I would start trying to go for runs. I started tracking my runs with Endomondo app, which gave me motivation. I really liked that I could see my running routes, the distance, calorie burn and my pace. Every time it seemed like I can outrun myself and break new records.

According to some studies, the best time to exercise is late afternoon or early evening. This would be the time between 4 pm to 7 pm. That’s because then the human body temperature is at its highest and you can get optimal results out of your exercise. However, running in the morning may be motivating, because you’ll get it done and you can get forward with your other daily duties. It’s good to run in the morning during summertime as well, because then it’s not too hot. It may be too much running in the afternoon.

Overall, people are very different. I guess you need to find what fits best with your schedule. If you’re seriously not a morning person, then running at 7 am may not be your first choice. Also, running late at night can be an option. Recent studies have shown, that it doesn’t have a negative effect on your sleep.

When do I run?

Since 2014 I’ve been running only from spring to autumn (April to October). I really don’t like the cold weather in the winter, that’s why I haven’t tried to run with minus degrees. I guess, I will some day, if I can learn how to love the cold, haha. The coldest, which I can still handle is zero degrees.

Am I a morning or an evening runner? That’s a good question. I actually enjoy doing both, but I think I run more in the mornings, especially in the summer.Waking up early, around 6 or 7 am and going for an early jog is so great. I like to see the sun coming up, feel the fresh air and the moist grass. I’m totally a morning person and I’ll get so much energy from this morning exercise. I’ll feel so energetic and full of power. And also, I just love the morning coffee and breakfast after the run. I also like to add some abs and stretching exercises at the end of my run session. If it’s a really warm summer morning, then having a swim after the run, is also AMAZING! I’ve had the chance to do it last summer and can’t wait to do it this year too.

But I’d have to say that some spring or summer evenings are also really great for running. Especially if you’ve had a rough or stressful day and you need to clear your mind. Then I really like to put on my favourite relaxing music and go for a run along the riverside or seaside. This will definitely help to get my mind off everything. After the evening run, you’ll also definitely will have a good night sleep.

What about running outfit and other gear?

According to a recent article at Very Well Fit, there are some notes, what to consider, when you start going for runs. If you are just starting out, then a must-have is definitely a good pair of running shoes. Also, it may be a good idea to have running-specific socks and a supportive sports bra. Running clothes really depend on the weather, but it may be a good idea to search for clothes which are DryFit, Thinsulate, Thermax, CoolMax, polypropylene, or silk options. Avoid cotton, because if it gets wet, it doesn’t dry!

There are some essential items, which runners use. For example a watch to track your runs. I use my Apple Watch to do that. Also a running belt, which can hold your personal items. Phone is good to take along, if you want to listen to music or take pictures after your run. A good idea may be to take a water bottle with you and using sun protection, if it’s sunny outside.

What clothes and gear I use?

I normally wear my regular gym leggings and shirt, when I go for a run. But, I have special running shoes. Actually two pairs, and I like to choose different ones each time. I also wear a running fleece, if it’s a colder morning/evening and a buff to cover my ears. If it’s still really cold (under 3 degrees), I’ll sometimes also wear a long-sleeved running shirt under my fleece.

During summertime, I like to wear running shorts and a top. Then there’s always a problem, where to put my phone and keys. I have a special sports armband, which I’ve been using for 4 years. But as phones get bigger, there’s always a problem with that as well. I’ll definitely have to get a bigger one now, as my phone has gone TOO big. There’s no problem with that when I’m wearing my fleece or hoodie, which has a pocket for a phone.

I guess there are so many variations of running clothes. Different kinds of hoodies and pants, which have several pockets for your personal stuff and water bottle. I haven’t bought any special kind running outfits, because I think I can manage without. If I would be a marathon runner, then I definitely would think about that as well.

Meals before / after running

I don’t eat anything if I go for my morning run. Usually I just brush my teeth, have a glass of water and off I go. I wouldn’t be able to run even if I had eaten a banana or something, because I would feel it in my stomach. I really prefer just going on an empty stomach. If I would go after I had been awake for several hours, then I would definitely eat something an hour or two before. But it would have to be something light, like a yoghurt and a fruit.

If the morning run is quite short, then nothing happens, if you do it with an empty stomach. If the run is more than an hour, it should be a good idea to have a snack about 30 minutes before heading out. Pre-run snack may be a banana, peanut butter toast, yogurt with granola or an energy bar. (Runners Connect, 2018)

If I finish my morning run, I’m usually quite hungry. I like to have two eggs with ham and veggies, plus some fruit. Another choice would be oatmeal porridge boiled with milk and served with quark cream (or cottage cheese), fruits or berries and some seeds and nuts. Check some of my egg meal ideas from here.

If I would run in the evening, I’d just have a regular meal like pasta, buckwheat with minced meat, salmon and veggies or something else. Before an evening run, I would have my meal at least 2 hours before going for a run, because I wouldn’t want to feel like my stomach is too full.

It’s good to eat a normal balanced meal after a run. It should contain carbs, fats and protein. It may be a good idea to add some extra protein to help you with recovery.

I haven’t competed in any marathons. I usually run between 7 to 11 km. The 45 minute run in the morning and a bit longer run in the evening are the best for me. I have taken part in some running competitions, which have all been around 10 km. These events are really enjoyable, because of the motivation I get. It’s so nice to see, if so many people come together to just run and simply enjoy it.

I have thought about taking part in half marathon, which is 21 km. It may happen in the future, but I would need to train for it a bit more. Right now, I just like to run, when I want and focus more on strength training. But, I’ve also thought that it would be awesome to take part in some kind of running event in a foreign country. This is an idea, that I might pursue in the following years!

Do you enjoy running? How did you find your way to it? I would love to hear your story! 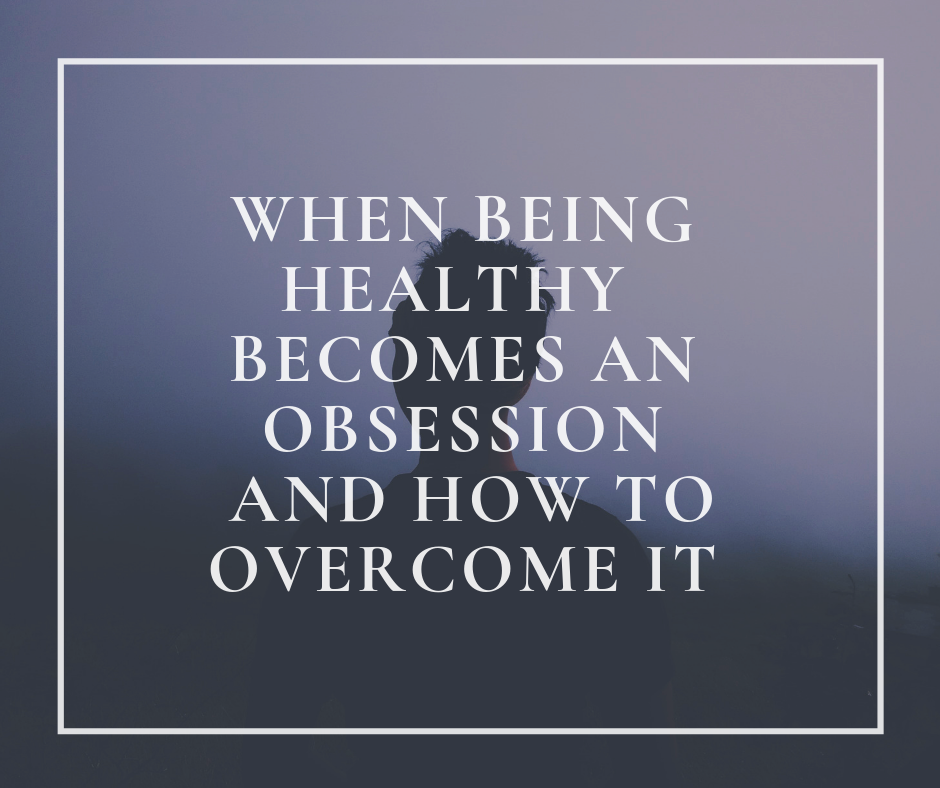 When being healthy becomes an obsession and how to overcome it 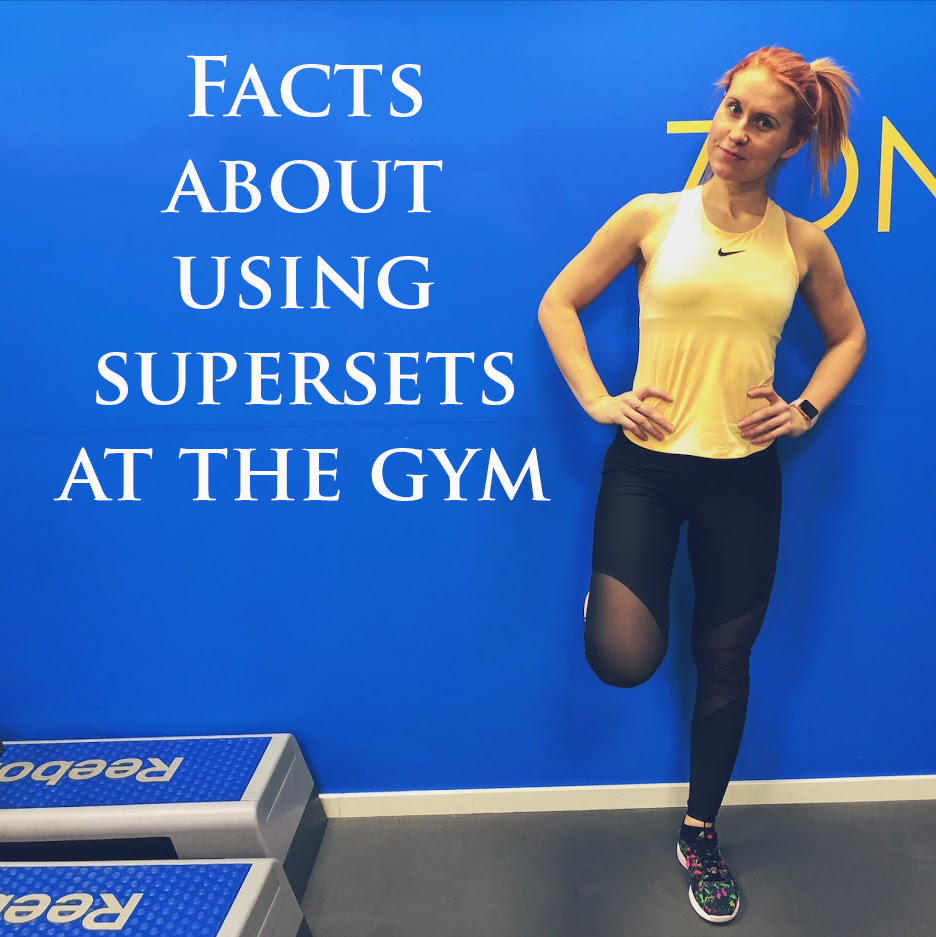 Facts about using supersets at the gym 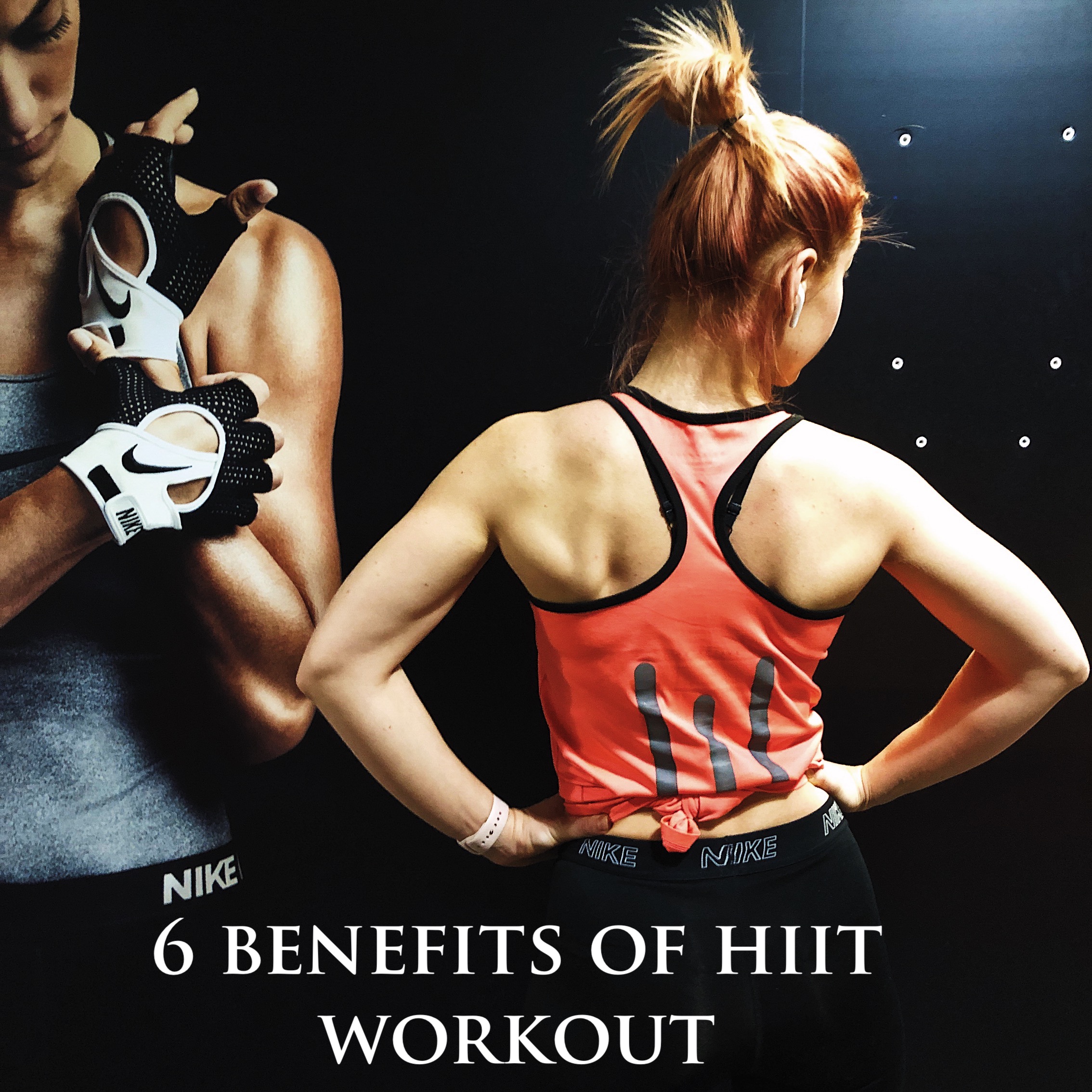 How to motivate yourself to work out?